2017 was a rollercoaster year for the retail industry. Just as we were recovering from the news that all physical outlets are doomed, we saw Amazon launch bookstores and grocery shops with no checkout processes.

However, that didn‚Äôt stop nine retail giants from declaring bankruptcy. Macy‚Äôs and Sears closed down more than a hundred stores each. Perhaps the worst signal came from Ralph Lauren closing its iconic Fifth Avenue store. A sign of the times to come.

With such conflicting signals to go by, it is hard to sort out the facts from the fears. Learn from 2017 and go into the rest of 2018 with a calculated, surefire approach. To help ease the process, we list in this article the major shifts seen in 2017. We also analyze what they mean for your immediate future.

According to the SCORES top retailer rankings, Wal-Mart retained its number one spot. While Amazon stole the spotlight all of the year, that wasn‚Äôt enough to bring in the money, and it came in at a rather humble number seven in terms of revenue.

What are large retailers doing in the face of intense competition in their home turf? For one, they are expanding to newer markets, with a promise of the exotic, counting heavily on the millennial population of their destination countries. But is this only a short term solution?

According to this Deloitte report, abour 66% of top retailers have a global footprint. They are currently raking an an average of 22% of all their revenues from global operations. 22%, or a fourth of all revenues, is still, no small number. Smaller retailers can leverage the global advantage by signing up with marketplaces like Etsy, Amazon and eBay that offer them a chance to sell to a wider audience.

The same report also shows that people are now spending three times more on experiences than they are on things. This means lower footfall for traditional large retailers, both in the physical store and their web presence. In other words, consumers are looking for a story behind every purchase. Rising to the challenge, retailers like H&M have launched the H&M concsious program that offers a discount coupon for every bag of old clothes. However, going into 2018, consumers are sure to ask, ‚ÄúWhere does this loop close?‚Äù Do these bags of clothing finally end up in landfills anyway? Retailers better be ready with convincing answers.

Rising employment and increase in average wages continue to drive the demand for more goods. However, the extent of purchase in the online vs. offline scenario is a debate with no end in sight yet.

Fastcompany calls Amazon the most innovative company of 2017. And why not? Amazon has set very high retail benchmarks. Six-Sigma processes and data driven decisions have ensured that every radical decision Amazon makes, pays off.

Take, for example, the Indian market. Amazon has spent a total of $5 billion (and counting) on the Indian market simply to build loyalty. Apart from lucrative offers on Amazon Pay, Prime subscribers in the country get access to Amazon Prime Video as well. As a package deal sold to the relevant mindset, this seems like a bonanza.

The case is Australia is vastly different. There, Amazon is competing very aggressively for audio subscriptions through Audible. By spending extensively on a superhit ad campaign, it hopes to build a loyal customer base that promises long-term subscriptions for Audible.

If there is one lesson worth learning from this journey, it is this. Don‚Äôt be afraid to tear down the structures you built, if it means there is potential for growth there. What started with an eook reader has today become a failed smartphone, a modestly successful home assistant and a wildly successful video streaming subscription. Through 2017, Amazon‚Äôs policy seems to have been simple- if there is a buyer out there, give them what they want.

Conscious choices marked 2017, and quite significantly. Consumers moved to local markets and brands with a conscious label. In fact, a third of all consumers today prefer a sustainable brand. Interestingly, the pursuit of happiness seems to be a dominant motif in emerging markets as opposed to the developed ones. You can expect significant revenue growth by simply making your sustainability message clear to your audience.

Another aspect of buying is the demand for less advertising. We knew it was coming- the internet and targeted marketing allows us to invade private space like never before. However, consumers expressed their displeasure through 2017 by unsubscribing from email lists and setting up a DND on their phones.

One other aspect that took centrestage in 2017 is the need for customized buying experiences. As the world gets more and more crowded with brands of all varieties, consumers want nothing more than to be heard. If you haven‚Äôt invested in a good CRM system in 2017, it isn‚Äôt too late to do so now. Gather data that can help you send out customized recommendations and messages to each of your customers.

The End Of An Era

Radioshack had to close a whopping 1400 stores in 2017. Sears and Kmart closed 300-odd stores in 2017 and 45 in the first month of this year. Retail experts are warning that the trust people place in gift cards and loyalty programs is beginning to wane, because the stores that offered them are beginning to close at a record pace. Could this be the end of offline shopping as we know it? From groceries to clothing, books and electronics, is there anything that cannot be sold online, and delivered in a very short span of time?

Moody‚Äôs investor service report indicates that Sears and Neiman Marcus could be on the verge of bankruptcy. This level of disruption is not limited to offline retail alone, as shoes.com closed all operations in 2017. Experts agree that Amazon‚Äôs radical FBA offering that promises next-day deliveries is primarily responsible, and no other retailer big or small is able to match that service quality.

For small retailers looking to beat the game at its own rules, bespoke products that are completely unique and customizable may come in very handy. 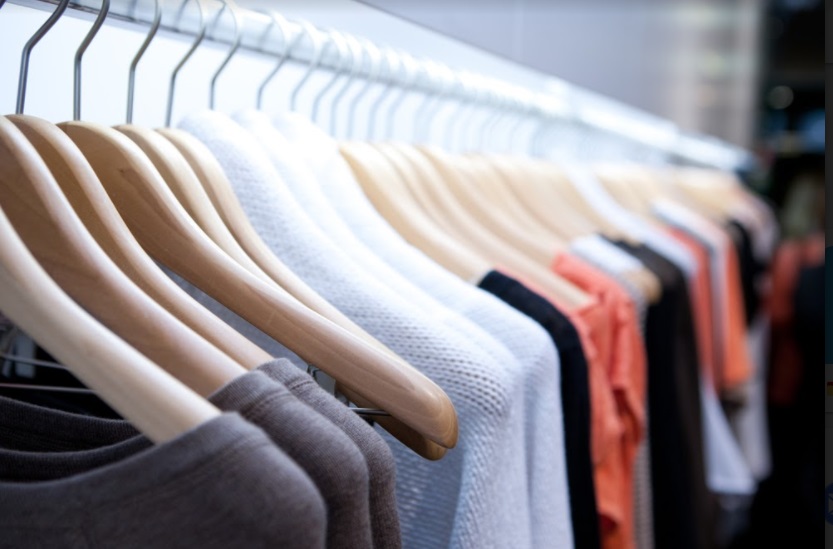 More retailers are seeing the virtue of catering to towns that the bigger retailers do not cater too. Increased spending capacity across the spectrum means that consumers in tier II cities will soon be looking for the same amenities and goods that are available to their big-city counterparts. Forbes has declared that more retail stores will be opening than closing in the years to come. Stores are moving away from an iconic presence on big streets, into more remote locations where there is actual demand.

It is important to remember, the closing down of stores does not necessarily mean that physical retail is doomed. It simply means that retailers now need to be more tuned-in to their customers than ever before. Thankfully, technology makes it possible to know your customers in and out.

Dollar General, Costco and Target small stores are all opening up in a town of choice, with lean retail models that will test the waters first before diving right in. There is certainly a note of caution in the winds, but a retailer who captures opportunity where it exists is a retailer who is bound to succeed in the years to come.

A Year In Retail Technology

The single most important reason to use technology in retail is simple. Technology helps you stay more connected with your consumer thus increasing the chance that they will come back to you.

Consumer preferences dictate the retail industry, with retailers changing products based on customer reactions all the time. Therefore, it is only natural that technology serves as a facilitator for buying and selling, but never the intent itself.

Using technology to improve sales took on a whole new meaning in 2017 with more and more retailers using the shop feature on Facebook, as well as boarded the Instagram boat to gain more followers. There is no doubt that online impressions for a product will continue to influence online and offline buying behavior.

On the seller side, technology is now available to monitor consumer behavior and fix gaps in the supply chain. While inventory management systems are being heralded as the next big thing on the block, in reality only 2% more consumers started using them as compared to 2016. However, this trend is set to change as new retailers begin exploring multiple sales channels and grapple with the associated inventory problems.

As for Customer Relationship Management software products, the adoption rates are as high as 26% with Salesforce leading the pack. Large retailers find value in managing consumer accounts in a more sophisticated manner, while smaller retailers look for SaaS and subscription based software products to save costs. Both approaches work as long as the entire team is willing to adapt and learn, as well as implement the software in everyday sales.

All in all, there is no doubt that 2018 is going to be an exciting, fairly tumultous year in retail if past trends are anything to go by. If you are a small retailer, consider the many ways by which you can get maximum benefit by incurring minimal costs. Technology and automation hold one potential answer.

Thanks for reaching out! We will get back to you within 24 hours

Did you know that Primaseller also has

Thanks for reaching out! Our team will contact you to get started on Primaseller within 24 hours.

Thank you! You are about to discover the best ways to boost your sales! Click here to download your free guide.

Armed with a degree and a pen, loves to tell stories. When not telling stories, she also works. Hard to decide which one she likes more.

How to Deck Up Your Online Store for Holiday Sales

Why should every Apparel and Clothing Store have a Barcode System?

Surviving the Coronavirus Impact on Retail: A Detailed Guide